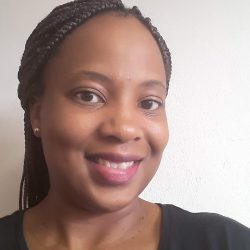 With which digital project do you want to apply in this category?

Nokaneng digital solutions for prevention of Violence Against Women and Girls (VAWG) consist of a smartphone application and an SMS-based solution which aim to for social change in Lesotho – a country engulfed by high incidents of gender based violence. In order to bring this initiative to life, Likeleli brought different actors together to create a multi-stakeholder partnership that engages government, civil society organizations and private sector partners, which include Vodacom. The efforts are meant to reduce the acceptance of violence and break the silence of women and girls and build solidarity among them.

The situation in Lesotho is characterized by stigma of gender-based violence (GBV) victims, who are blamed for the violence they experience, even among females, who show high level of acceptance. At the same time, there is a lack of private and public discourse on GBV that could stimulate a change in norms around gender relation and violence.
The uniqueness of our products is seen in their contribution to use technology to bring knowledge in the palm of the hand on forms of violence, rights and available services; stimulate conversations and solidarity among women around VAWG in an attempt to activate, broaden and amplify Lesotho’s women’s movement. They contain sensitization information on GBV in different media formats (video clips, audios, text) and a virtual network (moderated chat room) and emergency functions. Nokaneng is the first of its kind in the Lesotho context.

How does digitization shape your/her career?

Likeleli Khotle has worked selflessly to bring digitalized prevention of violence against women and girls through Nokaneng smartphone App and SMS based solutions to an African context where the future emancipation of women and girls was threatened. The solutions have reached nearly 5,000 users since their launch in 2019. She not only is instrumental in challenging social norms that perpetuate gender- based violence (GBV), but she brought change in the landscape of prevention of GBV. The work that Likeleli is doing is going to impact current and future generations of women and girls by bringing them knowledge that gives them power to change social norms that put them in a minority social position, break their silence and build solidarity among them by consolidating and amplifying their voices against violence.

Being born and bred in a fragile environment - characterized by high levels of acceptance of gender based violence, stigmatization and victim blaming, silence of women and girls where they are unable to share their stories and experiences due to what social norms dictate – Likeleli was inspired to change such an undesirable status quo. Her leadership is displayed here as she leads a flagship project which spearheaded a first of its kind innovative approach for prevention of violence against women and girls in Lesotho: Nokaneng Digital Solutions (Smartphone Application and SMS-based solution) – Likeleli lead the team to promote a user-centered approach by means of cross-country testing sessions, with over 100 women, of what was first developed as a prototype. The sessions inspired the women to cast ideas of what content would be relevant for them. These ideas were weaved into the now public versions of digital solutions which empower women and girls with knowledge on forms of violence, their legal rights and locally available services for survivors. Likeleli took a road less travelled by bringing to the market solutions which provide women with a moderated safe space for peer support, hence breaking the silence which once engulfed them. The solutions also have emergency functions which increase the safety of women around perpetrators of violence. Likeleli is a digital leader who is propelling the plight of Basotho women and girls into an era where their voices and opinions not only matter, but are also amplified, thus driving social norms change in a direction which will appreciate and uphold human rights of women and girls.

What does leadership mean to you/her?

Serving and inspiring change to what makes a positive impact in the lives of others.